Home › Blog › Are The Spiders In Oklahoma City Dangerous?

Are The Spiders In Oklahoma City Dangerous?

Oklahoma City is home to a number of spiders. Some are common in homes and businesses while others aren’t. What all of these spiders have in common is that they want to be left alone and won’t attack you unless provoked. However, spiders can be disturbed accidentally, resulting in unexpected bites. But are the spiders in Oklahoma City dangerous? 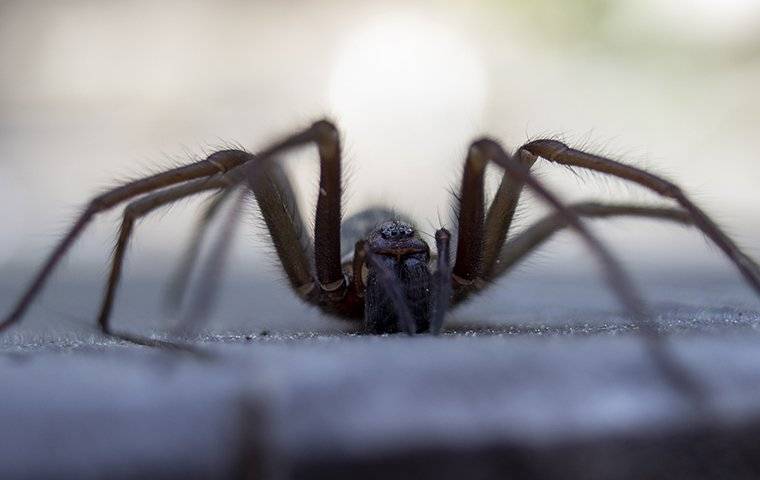 Types Of Spiders In Oklahoma City

There are at least 400 known species of spiders residing in the state of Oklahoma. Broadly, they can be categorized into a few main types that you should know about:

What To Know About Dangerous Spiders

All spiders are venomous. All spiders have fangs. But not all spiders are dangerous. In fact, in all of North America, there are only two species known to be a threat to human health. Unfortunately, both of these species reside in Oklahoma. You’ve probably heard of them: the black widow and the brown recluse.

It’s not always easy to tell what kind of spider is dwelling in your basement, but you can narrow down the possibilities if you know what to look for.

While a bite from these spiders is not necessarily fatal, it does typically result in medical complications including nausea, cramps, and headaches. Breathing difficulties and increased heart rate are also common. If you’ve been bitten by either of these spiders, don’t take a chance. Always seek medical attention immediately if you have reason to believe you’ve been bitten by a black widow or brown recluse spider.

If you need advice or assistance in dealing with spiders on your Oklahoma City property, you can count on Guaranteed Pest Service of Oklahoma. Since 1991, our one goal has been the satisfaction of our customers. We offer both residential pest control plans and commercial pest control plans to eliminate spiders and other pests at home and at work. Whether your spiders are dangerous or not, our trained technicians will get rid of the problem and prevent pests from infesting your property in the future. Contact us today.