Are Scorpions In Oklahoma City Dangerous?

Oklahoma City is home to a handful of scorpion species, but the most common (and most dangerous) critter you’ll need to look out for is the Arizona bark scorpion – which also happens to be the most dangerous scorpion in the country. With dark band-like markings across their bodies and light brown exoskeletons, the bark scorpion can grow up to three inches long. 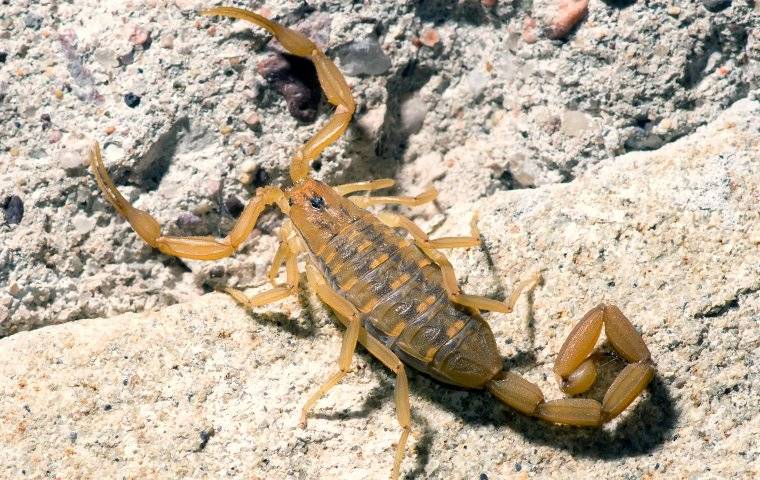 Getting stung by a bark scorpion can be bad news – here’s what Oklahoma City residents need to know about the dangers associated with bark scorpions, how to prevent them from getting too cozy on your property, and what to do if you’ve got an infestation.

How Dangerous Are Scorpions In Oklahoma City?

As the most dangerous scorpion in the United States, bark scorpions pack a venomous sting that can, in some cases, be lethal. These scorpions aren’t necessarily quick to attack, but if they think you pose a threat, they will sting.

The acute pain of a bark scorpion sting can last up to seventy-two hours and come with symptoms like numbness and a tingling sensation, but it’s important to seek medical treatment immediately.

Even if bark scorpion stings are rarely fatal, small children and elderly adults are at the most risk for having a serious reaction – which could include nausea, vomiting, or even convulsing.

How To Prevent Scorpions On Your Oklahoma City Property

Nobody wants a lethal scorpion hanging around your property, and fortunately, there are a few things you can do to help prevent scorpion infestations in Oklahoma City, such as:

These steps will lessen the likelihood that scorpions make themselves at home in your home but they aren't a foolproof solution.

Even if it’s not a bark scorpion that you’ve found on your property, that doesn’t mean you should handle a scorpion infestation yourself. These critters are often hard to eliminate because they can go extended periods of time without food and are primarily active at night. The presence of scorpions can also signal another pest problem around your property, and as long as they’ve got an abundant food source, scorpions may try and stick around.

Anytime you encounter a scorpion, you need to proceed with caution, and the best way to do that is with professional help like Guaranteed Pest Service of Oklahoma. If you’ve discovered a scorpion problem on your Oklahoma City property, you don’t want to ignore it. Call us at Guaranteed Pest Service of Oklahoma today to find out more about our scorpion control program.